The Future Of Library Technology – It’s Not Science Fiction

As we’ve previously discussed, the term “library technology” is one that would have been unfamiliar just a few years ago. But for many libraries, the future is now.

Walk into the Hunt Library at North Carolina State University, and you see the future right before your eyes. The Raleigh, North Carolina, academic library looks like the set of a science fiction movie.

A simple click of a button in Hunt’s online catalog summons the bookBot – a state-of-the-art, automated book delivery system – to retrieve your reading material and deliver it directly to you. There is even a space known as “Robot Alley” (not to be mistaken for a space-age Harry Potter reference), where you’re able to view bookBots in action behind glass walls.

Such library technology is becoming more of a present-day reality and less of a future ideal.

The Hunt Library has inspired design and technology changes in other libraries as well. Library management and administrators of the NY Public Library, for example, are currently planning renovations with an eye toward Hunt Library for guidance.

The Hunt Library established several technologies at its university library, and you're able to see some of them in action in the video included in this TIME article.

As libraries follow in the footsteps of the Hunt Library, expect to see even more forward-thinking with library technology and services designed to advance learning environments. Such advances alter the classic notions of what a library looks like, how professionals organize, store and distribute information and how library users find, absorb and process information.

While the wild innovations of NC State’s university library may be above and beyond the needs of your own library, they are an indication of the types of resources your patrons benefit from. As your library incorporates more technology, make sure it addresses your users’ needs.

Are you keeping your academic library ahead of the curve and giving 21st-century patrons what they want? Click below to read a free report from Scannx and learn how to refocus your library for the next generation of students and patrons. 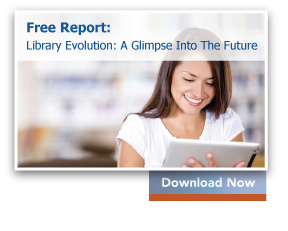